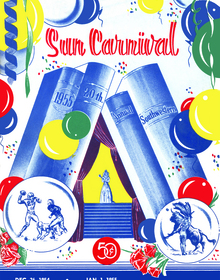 Corso opened the game for the Seminoles with a 25-yard kickoff return and a 48-yard rush to set up the first touchdown. Harry Massey capped the drive with a one-yard run into the endzone, followed with a successful Billy Graham extra point.

Corso was injured shortly afterword while fielding a punt and had to be carted off the field.
When Texas Western gained back possession, they would go on to score 41 unanswered points, 27 of which occurred in the second quarter.

Florida State was able to able to pull off two more touchdowns, one in the third quarter and another in the fourth quarter. However, the damage had been made and Texas Western exploded with a 47-20 victory.

The Miners’ Bob Forrest ran a kickoff back 95 yards without scoring. Forrest finished with five attempts for 72 yards and two touchdowns.