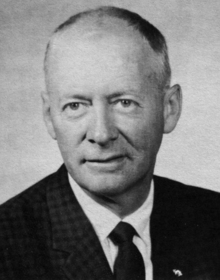 Harrison D. Kohl graduated from Drake University where he competed for four years on the track team. Following World War II service in the United States Army, he entered the home-building business. In 1963, he was approached to become the executive director of the Sun Bowl Association, a position he held for eleven years. He was instrumental in obtaining CBS Sports to televise the Sun Bowl Football Classic. Recognized as one of the most influential bowl administrators in the nation during his tenure, Harrison is credited with enhancing the stature of the Sun Bowl Association to what we know it as today. Kohl was honored with the Bud Dudley Bowl Executive Award at the All-American Football Foundation’s Banquet of Champions in 1999.