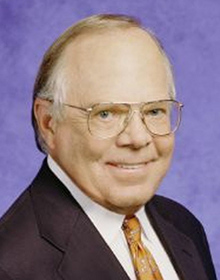 Lundquist has been a staple in the broadcast booth for over 30 years. He joined the CBS Sports broadcast team in the 1980s and has been a fixture on the nation’s college football scene ever since. Last season marked the 38th year that the Sun Bowl and CBS Sports have teamed to bring the nation some great college football. For eight of those 38 years Lundquist has been the “Voice of the Sun Bowl.” Lundquist returned to CBS Sports in 1998 after having previously worked for the CBS Television Network from 1982 to 1995. His eight appearances surpass “Legend of the Sun Bowl” Tom Brookshier as the announcer with the most appearances in El Paso. Brookshier called the game seven times from 1973-81. Lundquist also serves as play-by-play announcer for CBS’s coverage of NCAA basketball, including the NCAA Men’s Basketball Championship. In addition, he provides commentary for the Masters, the PGA Championship and other golf events. Lundquist’s credits at CBS Sports also include play-by-play for figure skating at the 1992, 1994 and 1998 Olympic Winter Games, as well as for the NFL and the NBA. He worked regularly with Terry Bradshaw and Dan Fouts, and occasionally with lead analyst John Madden, on the Network’s NFL broadcasts. Lundquist has broadcast 20 different sports for CBS and spent eight years at ABC Sports and three years as a play-by-play announcer for TNT’s NFL, NBA, golf and figure skating coverage (1995-97). He is well known in Texas as the long-time radio voice of the Dallas Cowboys (1972-84).