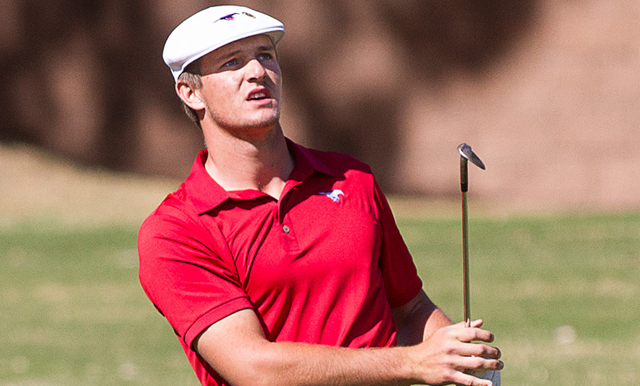 AUGUSTA, Ga. – Jordan Spieth, who played in the Sun Bowl Western Refining College All-America Golf Classic in 2011 and won the 2015 Masters, leads a group of 24 players that are participating in the 2016 Masters.

Spieth is one of four alumni participants to have worn the green jacket as a Masters Champion. Tiger Woods, Phil Mickelson and O’Meara have also won the tournament and Woods is the only to have multiple crowns with wins in 1997, 2001, 2002, and 2005.

In an article posted on masters.com, Spieth said, “It’s a different feeling on the grounds having won the Tournament.”

The most recent alum on the list of invitees is Bryson DeChambeau, who is playing in the Masters as an amateur. DeChambeau played in the 2014 Sun Bowl Western Refining College All-America Golf Classic and is one of only four amateurs in the field for the Masters this year.

Golf Central Live said of DeChambeau in a press release sent out on April 4, 2016: “2015 U.S. Amateur champion Bryson DeChambeau – making his Masters debut this week – has proven himself capable of handling pressure situations even as an amateur. While it’s clear that a physics degree from Southern Methodist University sets DeChambeau apart and helps him to assess his strengths and weaknesses in greater statistical and scientific detail than his contemporaries, Notah Begay helps illustrate how DeChambeau is just as much an artist as he is scientist.”

The Masters is strictly an invitation Tournament.

Additional Player/SBWRCAAGC Alumni Notes
• Tiger Woods has made 11 top-5 finishes
• Dustin Johnson hit four eagles during the 2009 tournament; most for anyone in a Masters
• Jordan Spieth made 28 birdies during the 2015 Masters; holds the record for most in a Masters
• Mark O’Meara birdied the No. 17 and the No. 18 in 1998 to win the Masters
• Craig Stadler, who has played in 118 rounds at the Masters, is averaging 73.94 strokes per round
• Jim Furyk, has played in 70 rounds heading into the 2016 Masters and averages 72.33 stokes per round there