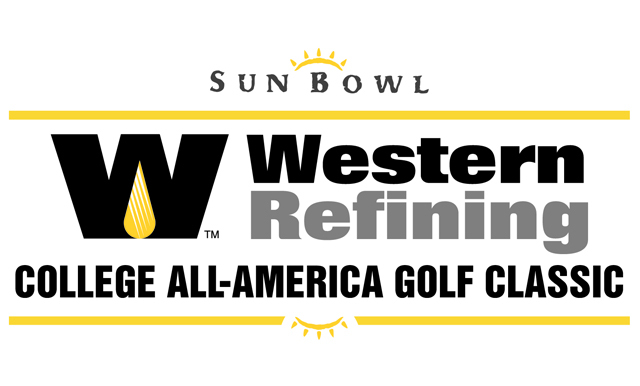 EL PASO, Texas – The Sun Bowl Association and Western Refining have announced that PGA legend and Hall of Famer Lee Trevino will be in attendance at the 2015 Sun Bowl Western Refining College All-America Classic on November 5-6 at the El Paso Country Club in El Paso, Texas.

Trevino, whose hometown is El Paso, will be in attendance at the welcome banquet speaking to the All-America student-athletes that are participating in the tournament. The welcome banquet is closed to the public, but those who would like to get an autograph or picture with Trevino can do so at the Long Drive and Putting Contest on November 6. He will be at the El Paso Country Club from 9am-12pm, encouraging the golfers and speaking with those watching the contest.

“It’s great to have someone that is such a legend, not only on the PGA Tour, but also in El Paso,” said tournament chairman Gary Hanson. “Lee has be very instrumental in helping establish this tournament and to have him back in his hometown is a great thing for everyone.”

He qualified for the U.S. Open in 1966, made the cut, and tied for 54th. He qualified again in 1967 and shot 283 (+3), eight shots behind champion Jack Nicklaus, and only four behind runner-up Arnold Palmer. Trevino finished fifth, which earned him Tour privileges for the rest of the 1967 season. He was named Rookie of the Year by Golf Digest. The fifth-place finish at the U.S. Open also earned him an exemption into the following year’s event.

Trevino had a remarkable spell during a span of 20 days in the summer of 1971. He defeated Nicklaus in an 18-hole playoff to win the 1971 U.S. Open. Two weeks later, he won the Canadian Open (the first of three), and the following week won The Open Championship (British Open), becoming the first player to win those three titles in the same year. Trevino was awarded the Hickok Belt as the top professional athlete of 1971. He also won Sports Illustrated magazine’s “Sportsman of the Year” and was named ABC’s Wide World of Sports Athlete of the Year.

In 1972 at Muirfield in Scotland, Trevino became the first player to successfully defend The Open Championship since Palmer in 1962. In a remarkable third round at Muirfield, Trevino had five-consecutive birdies from the 14th through the 18th, holing a bunker shot on the 16th and sinking a 30–foot chip on the 18th for a round of 66. In the final round, Trevino was tied for the lead on the 17th tee with Tony Jacklin. Trevino chipped in from the rough on the back of the green for a par on the 17th. A shaken Jacklin three-putted the same hole from 15 feet for a bogey. Trevino parred the 18th hole for a final round of 71, winning him the Open by a stroke over Nicklaus, with Jacklin finishing third. Trevino holed out four times from off the greens during the tournament. Nicklaus had won the first two majors of the year and fell just short in the third leg of the grand slam. After holing his chip shot on the 17th in the final round, Trevino said: “I’m the greatest chipper in the world.”

In the PGA Championship in 1974, Trevino won the fifth of his six major championships. He won the title by a stroke, again over Nicklaus, the fourth and final time he was a runner-up in a major to Trevino.

About the Tournament
The 2015 Sun Bowl Western Refining College All-America Golf Classic will be held November 6-8 at the El Paso Country Club, where the best college golfers in the country will look to etch their name onto the tournament’s illustrious history.

The Sun Bowl Western Refining College All-America Golf Classic is one of the premier college golf tournaments in the country. Some of golf’s brightest stars have traveled to El Paso to compete in the tournament since its inaugural year in 1976.

Jordan Spieth, Tiger Woods, Phil Mickelson, Davis Love III, Ricky Barnes, Notah Begay and Jerry Pate are just a handful of past participants who went on to have successful PGA careers. College All-America Golf Classic Alumni have combined to win 47 majors championships and have earned over $1 billion in career earnings.

To be eligible for competition student-athletes must have been named as an All-America team honoree during the previous year. The event is free and open to the public.