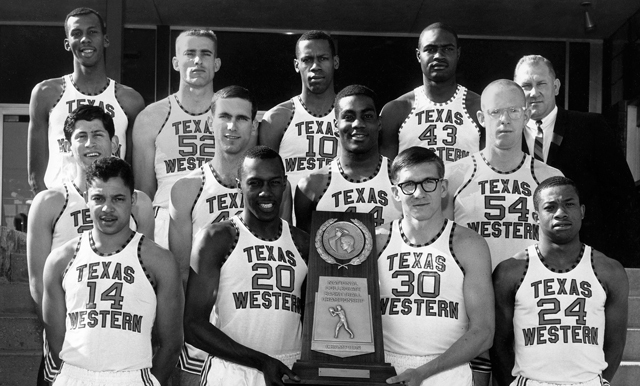 UTEP men’s basketball took El Paso and the rest of the country by storm in 1966 as the team coached by hall of famer Don Haskins, went undefeated in the NCAA tournament and claimed the only National Championship in program history.

“We are honored and truly thankful to have the 1966 Texas Western Miners Basketball Team serve as our grand marshals,” said Karl Murphy, President and CEO of FirstLight Federal Credit Union. "All were so talented, and won the 1966 NCAA Men’s Division I Basketball Tournament against all odds and changed the course of history.”

An exact count of the former players who will be leading this year’s parade will be released in a future date.

UTEP arrived to the NCAA tournament sporting a 23-1 record, and wins against Oklahoma City, Cincinnati, Kansas and Utah set-up a meeting with then No. 1 Kentucky for the National Championship. The Miners defeated Kentucky 72-65 to claim the historic win at Cole Field House in College Park, Md.

The 1966 triumph still remains as the only Division I Men’s Basketball National Championship ever won by any school in the state of Texas.

Not only did Haskins’ team accomplish athletic greatness, but it also broke-down racial and cultural barriers. The team faced several racial-driven encounters which were illustrated in the award-winning film “Glory Road,” which is based on a true story about the impactful 1966 team.

Television: Live coverage of the parade will be broadcast on local affiliate television KTSM Channel 9 (NBC).

Anticipated Crowd: More than 260,000 spectators lined Montana last year to witness the parade. Approximately the same amount of people are expected for this year’s parade.