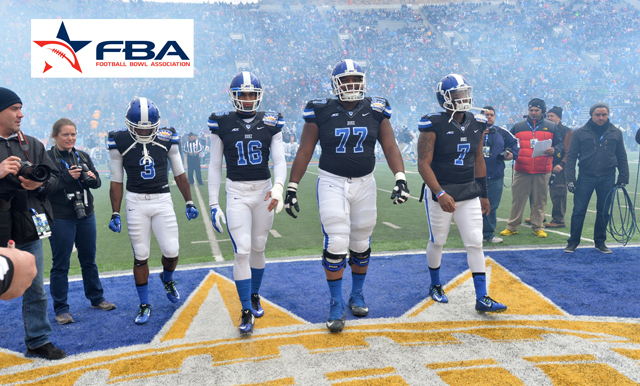 The annual meeting of the Football Bowl Association (FBA) celebrated a record-setting year of payouts, honored an individual for his career-long contribution to post-season football, and brought together representatives of the 39 college football bowl games. Attendees included conference and television partners, sponsors, and vendors.

The meeting was held April 13-15 at the Renaissance Hotel in Nashville, Tenn., and was hosted by the Franklin American Mortgage Music City Bowl. The gathering looked back on another successful year of post-season college football.

“The Football Bowl Association was honored to recognize Commissioner Slive,” said Wright Waters, executive director of the FBA. “Not only has he been a huge supporter of the bowl system, he always kept the welfare of the student-athlete his highest priority.”

Along with a trade show, the annual FBA meetings featured guest speakers, seminars, panels, and a sharing of best practices. Subjects included, but were not limited to, ticket sales, sponsorships, social media, public relations, operations, hospitality, and marketing. There were also discussions about improving the student-athlete experience and the economic impact of the host bowl communities.

The FBA also announced its slate of officers for 2015-16: