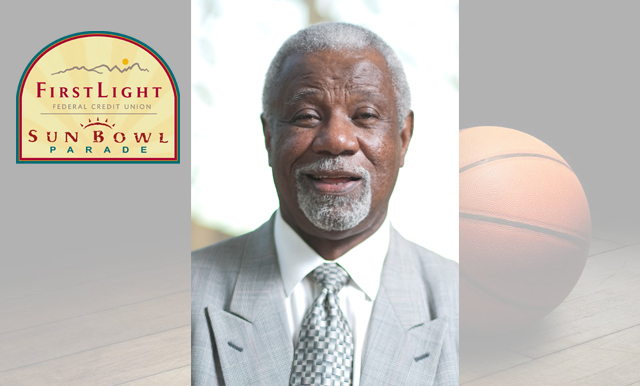 Following his recent induction into the Naismith Memorial Basketball Hall of Fame, El Pasoan Nolan Richardson will return to the Sun City to lead the 78th edition of the FirstLight Federal Credit Union Sun Bowl Parade as grand marshal on Thanksgiving Day.

“It’s an honor to have Nolan Richardson as the grand marshal for the FirstLight Federal Credit Union Sun Bowl Parade,” said Karl Murphy, President and CEO of FirstLight Federal Union. “He was born in El Paso and played for Don Haskins. Furthermore, being inducted into the hall of fame for winning a championship at every level shows his amazing talent as a coach and mentor. It’s a pleasure to have him come back to El Paso.”

He began his coaching career at Bowie High School before moving to the collegiate ranks to Western Texas College winning the National Junior College championship in 1980. He was the head coach at Tulsa from 1981 to 1985, leading Tulsa to the NIT championship in 1981.

In 1985, Richardson was named head coach at the University of Arkansas. He led the Razorbacks to the NCAA Final Four three times and claiming the national title in 1994. For that he was named the 1994 National Coach of the Year.

“Nolan Richardson is a true El Paso success story,” said Barry Kobren, President of the Sun Bowl Association. “The Sun Bowl is honored to have him as the grand marshal for this year’s First Light Federal Credit Union Sun Bowl Parade.

“Coach Richardson grew up in the Segundo Barrio and became one of the best athletes the City of El Paso has ever produced,” added Kobren. “Throughout the years he has always remembered his hometown having returned here frequently to help the community. El Paso and the Sun Bowl are proud of Coach Richardson’s accomplishments and we are pleased that he will be here Thanksgiving to participate in one of the city’s greatest traditions.”

His teams typically played an up tempo game with intense pressure defense – a style that was known as “40 Minutes of Hell.” He is the winningest coach in Arkansas history, compiling a 389-169 record in 17 seasons. Coach Richardson is the only head coach to win a Junior College National Championship, the NIT, and the NCAA Tournament.

“I have a feeling of such huge, tremendous pride-that the generosity of the Sun Bowl organization has selected me as their grand marshal of this very historic parade,” said Richardson. “I am overwhelmed with excitement and I look forward to being part of one of the greatest events in El Paso.”