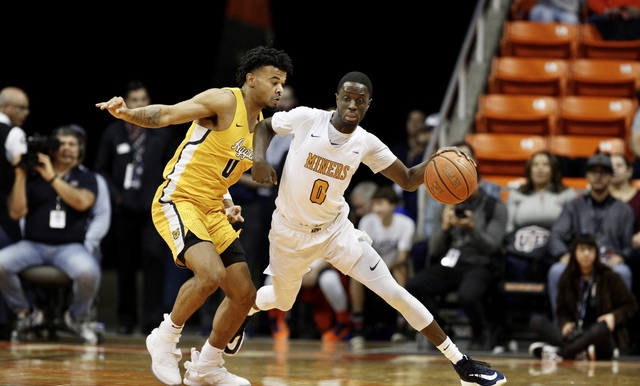 UTEP is scheduled to face UC Irvine on Tuesday at 7 p.m. (MT) in the title game and Kent State will take on North Carolina A&T at 5 p.m. in the consolation game. The Miners will attempt to win the holiday classic for the first time since 2014 when they defeated Kent State 78-75. UC Irvine is looking to win the WestStar Bank Don Haskins Sun Bowl Invitational for the second time after winning the 2015 Invitational.

Game One Recap – Kent State (7-5) vs. UC Irvine (8-2)
Sophomore forward Collin Welp had 18 points as UC Irvine got past Kent State 74-68 in the Don Haskins Sun Bowl Invitational on Monday.

The Anteaters took a 12-2 lead to start the first half, but Kent State fought back to pull to within four with 7:14 remaining. UC Irvine went into the locker room with a double-digit lead at 40-29 and came out firing on all cylinders to take a commanding 50-33 lead in the second half.

Although the Golden Flashes outscored UC Irvine 39-34 in the second half, it would not be enough as the Anteaters defeated Kent State for the first-time ever.

North Carolina shot 34 percent for the game and 22 percent from 3-point range, while Miners guard Souley Boum went off from three-point range, going 5-of-8 from behind the arc. He had a game-high 26 points and added three assists, one block and one steal.