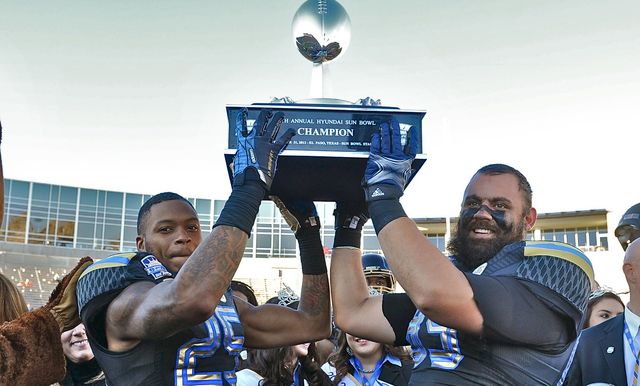 ‘’It was a special game,’’ Hundley said. ‘’We played well as an offense. We had to make adjustments. When we did, we got things going.’’

’’It’s the best game I’ve ever seen him play,‘’ Mora said about Zumwalt. ’’He was unbelievable from start to finish.

‘’In the second half we blocked things up better,’’ Mora said. ‘’We got back to doing what we do best. We played with great tempo. We were not as uptight.’’

‘’UCLA made the plays it had to and you have to give them credit,’’ Hokies coach Frank Beamer said. ‘’I was disappointed that we didn’t execute better.

‘’When we recovered the fumble down 14-7, I had hoped we could have punched it in for a touchdown, but we had to settle for three and then UCLA comes back and scores to make it 21-10. That was huge. I thought about going for it on fourth down but we just wanted to get something on the board.’’