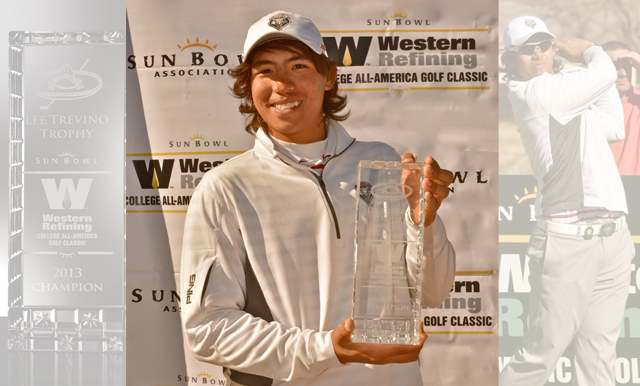 With a two-shot lead heading to the 17th hole, Green proceeded to hook his golf ball in the water, but managed to save bogey. Nipping at his heels was Alabama’s Cory Whitsett. The 2011 event champion was unable to capitalize on Green’s mishap making only par as both proceeded to the 18th tee with a one shot gap.

Both players missed the green on 18, Whitsett chipped his ball inside Green’s ball giving the junior from Selangor the chance to make par and claim UNM’s first ever All-America Classic victory.

The win guarantees Green’s automatic invitation to next year’s Sun Bowl Western Refining College All-America Golf Classic which will be celebrating its 40th edition in 2014.