EL PASO, Texas – Its productivity on both sides of the ball allowed NC State to become one of the most daunting opponents in the Atlantic Coast Conference.

Now, the 24th-ranked Wolfpack will look to conclude their successful 2017 campaign by controlling the tempo on defense and offense in the 84th Hyundai Sun Bowl, which is scheduled for a 1 p.m. (MT) kick-off on Dec. 29 at Sun Bowl Stadium.

“When we lost the season opener, our season could have gone two ways. Our team chose to use it as motivation to work harder and get better,” said NC State Head Coach Dave Doeren.

NC State finished the regular season 8-4 overall and 6-2 in ACC play. The Wolfpack will be making their fourth consecutive bowl appearance and their 31st in program history. It will also be NC State’s first appearance in the Hyundai Sun Bowl.

“Bradley has worked tirelessly to become the best defensive player in college football,” Doeren said. “His development from a 235 LB to a 275 DE has been incredible and is a tribute to his work ethic and our developmental program at NC State.”

The linebacker corps is led by senior Jerod Fernandez, who finished the regular season with a team-high 93 total tackles.

Chubb, Fernandez and a prolific secondary combined to help the NC State defense allow just 24.8 points per game and 377.2 yards per game.

The NC State offense is propelled by of one the nation’s most productive offensive lines, which helped first team All-ACC running back Nyheim Hines rush for a team-high 1,040 yards and nine touchdowns. The Wolfpack offensive line, nicknamed the “Band of Brothers”, is led by Will Richardson, Tony Adams and Garrett Bradbury, who all earned All-ACC honors.

On the offensive side, the Wolfpack finished the regular season as the fourth best in the ACC, scoring 30.6 points per game and tallying 449.3 yards per game.

Apart from the difficult task of an ACC schedule, the Wolfpack went 2-2 in non-conference play, including a tightly contested loss to Notre Dame, which was ranked ninth in the College Football Playoff rankings at the time. During conference play, NC State hosted Clemson, which is currently No. 1 in the CFP rankings, and the Wolfpack were a possession away from upending the defending national champions.

NC State will go into the Hyundai Sun Bowl with momentum after a dominant 33-21 performance against rival North Carolina in the final week of the regular season. 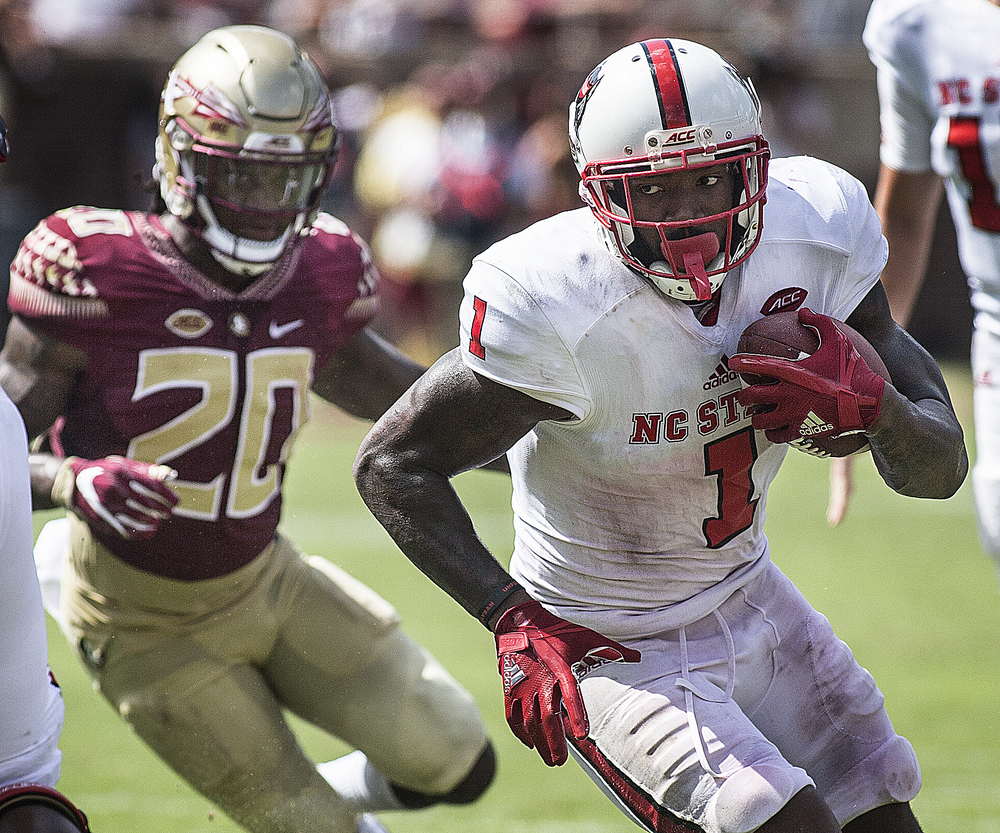