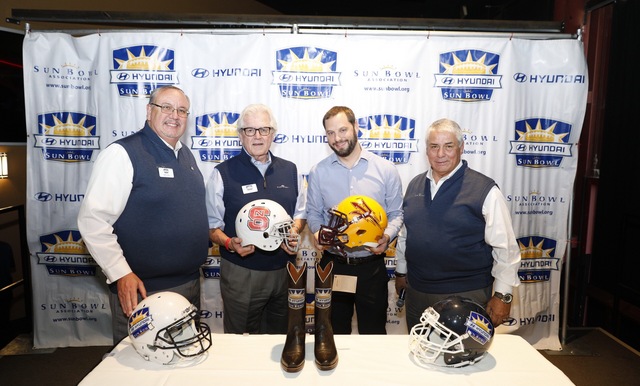 NC State comes into the game 8-4 on the year finishing the regular season ranked No. 24 in the final College Football Playoff Rankings while its opponent out of the Pac-12, Arizona State, is heading to El Paso for the second time in four years after finishing with a 7-5 overall record and a 6-3 conference record.

“We feel this matchup will make for another great game here at the Hyundai Sun Bowl,” Executive Director of the Sun Bowl Association Bernie Olivas said. “We cannot wait for the teams to arrive here to the Borderland so that we can show them a great time. As we have seen in the past, teams that come to the Sun Bowl normally have future professional players on the team and we are ecstatic that they will get to perform in front of the best football fans around.”

NC State will be making its fourth consecutive bowl appearance, all under head coach Dave Doeren. In Doeren’s seven-year stint as a head coach, he has advanced to the postseason six times. The Wolfpack finished 6-2 in the ACC, tying the most conference wins in a single season all-time at NC State.

ASU will play in its 30th bowl game overall and the team’s sixth bowl appearance in the last seven seasons. It will be the Sun Devils’ sixth appearance in the Sun Bowl. This marks the third meeting between ASU and NC State, and the Sun Devils hold an 8-10 record all-time against the Atlantic Coast Conference. The Sun Devils last faced the Wolfpack in 1974, a 35-14 loss in Tempe, while defeating NC State at home in a 25-22 effort during the 1960 season.

“The buzz is there at Arizona State and at the end of the day all of this is about the kids and about football,” said ASU graduate and football selection committee chairman John Folmer said, “We want to make sure that the team, the coaches and the families all have a great time when they are in El Paso.”

Tickets for the 84th Annual Hyundai Sun Bowl are on sale through Ticketmaster and the Sun Bowl Association office. The 2017 Hyundai Sun Bowl is set for Friday, Dec. 29 in Sun Bowl Stadium with kick-off scheduled for 1 p.m. (MT). 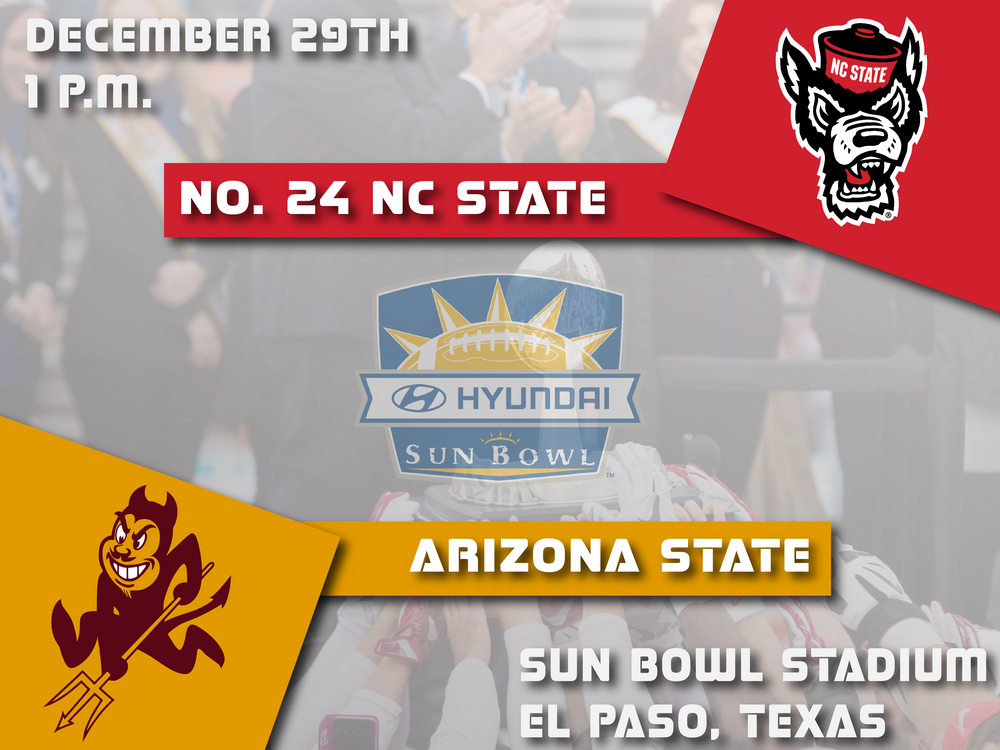