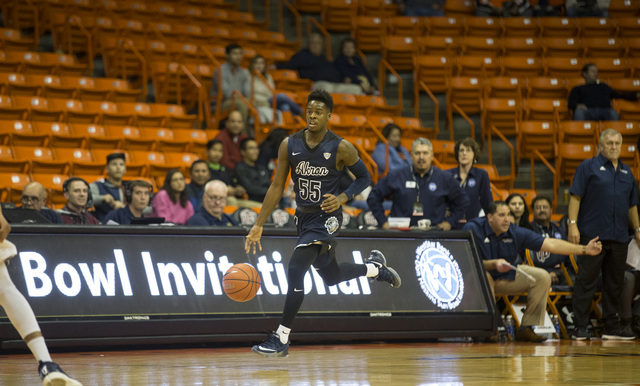 Akron faces Maryland Eastern Shore in the championship game at 7 p.m. (MT), after UTEP takes on UC Irvine in the consolation game at 5 p.m.

Game One Recap
The Akron Zips advanced to the Don Haskins Sun Bowl Championship Game after defeating UC Irvine 88-80 on Wednesday evening at the Don Haskins Center. In addition, the win gave 13th-year head coach Keith Dambrot his 287 career win at Akron, just one win away from tying the program’s all-time win record.

Game Two Recap
Bakari Copeland scored a career-high 27 points, doing his damage inside and out as Maryland-Eastern Shore knocked off UTEP, 71-66, on day one of the WestStar Bank Don Haskins Sun Bowl Invitational on Wednesday in the Haskins Center.

The Miners (2-8) lost their seventh straight and will meet UC Irvine (5-9) in the tournament consolation game on Thursday at 5 p.m.

UTEP outshot UMES (2-11) 41.8 percent to 37.5 percent, and outrebounded the Hawks 44-31. But the Miners couldn’t overcome 3-for-17 shooting from three-point territory, and UTEP finished with 14 turnovers to UMES’ six.

Copeland made 7-of-13 shots, 4-of-6 three pointers and 9-of-11 free throws while adding seven rebounds for UMES, which won its first road game of the season. UTEP has lost five in a row at home.

Dontae Caldwell added 13 points for the Hawks, and Ryan Andino scored all 11 of his points in the second half.