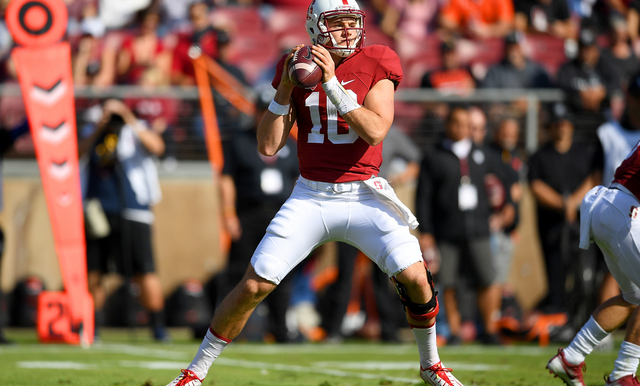 EL PASO, Texas – There were 53,713 fans inside Sun Bowl Stadium in 2009 when Stanford’s Toby Gerhart, a Heisman Trophy finalist, played his final game with the Cardinal. Fans in El Paso will have the same opportunity to watch another Heisman runner-up on Dec. 30, 2016 at noon.

Christian McCaffrey, Stanford’s star running back that finished second in the Heisman voting in 2015, announced that he will enter the 2017 NFL Draft, making the 83rd Hyundai Sun Bowl between No. 16 Stanford and North Carolina his final collegiate game.

The Hyundai Sun Bowl, the nation’s second oldest bowl game, is scheduled for a noon (MST) kickoff on Dec. 30 at Sun Bowl Stadium in El Paso.

“I’m excited for the opportunity to go down to El Paso and play against a great opponent,” said Cardinal head coach David Shaw, who’s 3-2 in bowl games. “I’m excited for our guys to experience the great hospitality of the Sun Bowl.”

Stanford goes into the Hyundai Sun Bowl with a 9-3 overall record and 6-3 in the Pac-12. After starting the season 3-0, the Cardinal ran into a tough stretch where they faced three eventual top-25 opponents in a span of four weeks. Stanford’s losses included current No. 4 and College Football Playoff team Washington, week 12’s No. 22 Washington State and a Colorado team that was ranked as high as No. 8 in the College Football Playoff rankings.

After that challenging stretch, Stanford won its next five games.

“We’re excited for our seniors to get a chance to play in this bowl game,” Shaw said. “To put ourselves in position to get to a bowl game from where we were at the midway point of the season, we’re very excited for the opportunity.”

McCaffrey leads a pro-style offense that scored 26.4 points per game this season. Going into bowl season, McCaffrey is seventh in the nation in rushing with 1,603 total yards. The Cardinal finished the regular season third in the Pac-12 in rushing with 215.6 rushing yards per game, which is also good for 34th in the country.

“I want to focus, and I want my team to focus on beating North Carolina,” McCaffrey said in a letter addressing his declaration for the NFL Draft. “I’m thankful for the chance to get to play another game with my teammates and to work as hard as I can to make that victory possible.”

Ryan Burns began the season under center for Stanford until Shaw decided to start Keller Chryst in week 8 against Arizona. Chryst has started at quarterback in every game of the Cardinal five-game win streak, and has thrown for 837 yards and nine touchdowns.

Defensively, Stanford’s secondary leads a unit that is ranked fifth in the Pac-12 in pass defense. The Cardinal allowed only 218.9 yards per game through the air and tallied 12 interceptions. Strong safety Dallas Lloyd leads the team with three interceptions, while junior defensive end Solomon Thomas has garnered a team-high nine sacks and 15 tackles for loss.

“The hospitality of the Sun Bowl is off the charts and the people who run the Sun Bowl are genuine,” Shaw said.