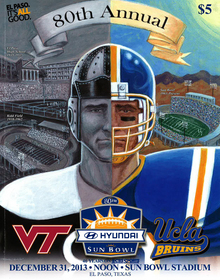 The No. 17th UCLA Bruins defeated Virginia Tech, 42-12, in the 80th edition of the Hyundai Sun Bowl.