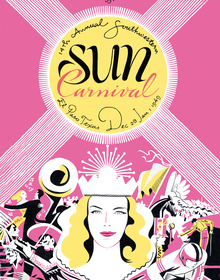 West Virginia scored 21 unanswered points during the second and third quarter to pull off a 21-12 victory over a Texas Mines team proned to fumbles.

Two Miner drives were halted by fumbles and two punts were also fumbled to give the Mountaineers a significant edge.

For the second time in Sun Bowl history the game featured the nation’s leading rusher – TCM’s Fred Wendt, who rushed for an NCAA record 1,570 yards. Gaining more yardage rushing than any other player in NCAA history, Wendt’s record would stand until 1968, when it was broken by USC’s O.J. Simpson. Wendt also topped the nation in scoring with 158 points.

Texas Mines also led the nation in rushing in 1948, averaging 378.3 yards per game. Wendt’s 60-yard touchdown run in a losing cause for Texas Mines was the highlight of the game.

A future UTEP Athletic Director, Jim Bowden, was the Miner’s quarterback in both this game and the 1950 classic.

Texas Mines finished 8-2-1 while West Virginia pulled ahead to 9-3.

The Miners were the first to score when Harvey “Pug” Gabrel steamrolled across the endzone from the one-yard line during the first five seconds of the second quarter.

The next kickoff awoke the Mountaineers as they countered with a touchdown drive consisting of eight plays over 83 yards. Quarterback James Walthall nailed Clarence Cox for the 25-yard pass and Gene Simmons kicked the extra point to put West Virginia up 7-6.

After Texas Mines could not move in the opening drive of the second half, they punted to the West Virginia 34-yard line and James Devonshire returned it to the 49. The drive was capped with a Devonshire 14-yard touchdown run. Devonshire added one more from three yards out before the quarter finished to give the Mountaineers a 21-6 lead.

Fred Wendt took the ball on the first play after a Mountaineer punt and returned it 60 yards into the endzone for the final score of the game. West Virginia outlasted Texas Mines 21-12.