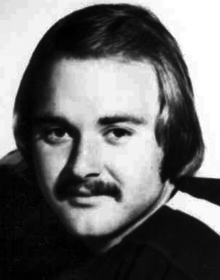 Texas A&M’s Tony Franklin becomes the first placekicker to be named to the Legends of the Sun Bowl. On Jan. 1, 1977, when he became just the second placekicker to earn most valuable player honors in a bowl game. Franklin connected on three field goals that day, including an NCAA bowl record 62-yard attempt. It is the only 60-yard field goal in bowl history. A 1976 consensus All-American as a sophomore, Franklin became the only player in NCAA history to connect on two 60-yard field goals in one game, as he made field goals of 64 and 65 yards against Baylor that season. He also owns the NCAA records for career (11) and season (5 in 1976) 60-yard field goal attempts. His 38 career attempts (16 made) of 50 yards or more still stands as an NCAA record. When he left Texas A&M, Franklin was the Aggies’ all-time scoring leader with 291 career points. He currently still holds nine records at Texas A&M and six records in the NCAA and is a 1989 inductee into the Texas A&M Athletic Hall of Fame. During his four-year stay in College Station, Franklin helped lead the Aggies to four straight bowl games – 1975 Liberty Bowl, 1977 Sun Bowl, 1977 Bluebonnet Bowl and 1978 Hall of Fame Bowl. A third round draft pick of the Philadelphia Eagles, Franklin spent 10 seasons in the NFL with Philadelphia, New England and Miami. He played in Super Bowl XV with Philadelphia and Super Bowl XX with New England. In 1986, he led the NFL in scoring (140 points) and field goals made (32) and was selected to the Pro Bowl.